The power of a giant crowdfunded flag 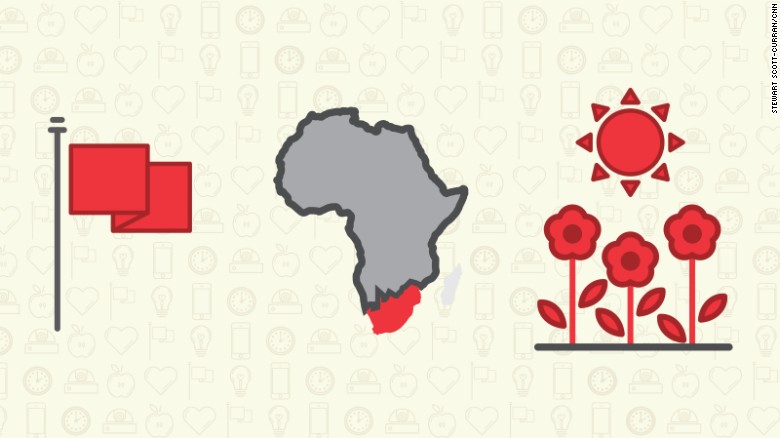 Organizer: "If this works, we're looking toward a socioeconomic shift that will change realities ... forever."

(CNN)When it's completed, it will be so large as to be visible from space.

If it succeeds, it will create a top ecological attraction, reduce economic hardships and help modernize a community.

It's the Giant Flag of South Africa, and it's an ambitious project by almost any measure. Located in the Camdeboo Municipality of Karoo, an arid region between Cape Town and Johannesburg, it will transform a patch of desert into a living national flag spanning about 163 acres, the size of 66 soccer fields.

Some 2.5 million red, yellow, blue and green desert plants, including cacti and spekboom, will be arranged in a pattern like that of South Africa's flag. The flag's black triangular area will contain a 4-megawatt solar-panel field, generating much-needed electricity for the region. 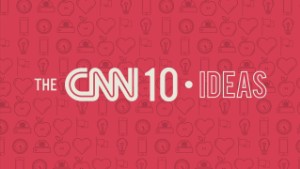 The idea is simple and elegant: use green tourism to fight poverty.

Guy Lieberman came up with the idea after the 2010 FIFA World Cup, when the South Africans played host and were united by the spirit of their flag. His employer, FCB South Africa, a communications firm, asked him to come up with a legacy project related to the flag.

It's about "how we treat ourselves, nature, our built environment, and how we choose to view our common future on the planet," Lieberman said.

Organizers say the succulent plants will reintroduce nutrients to the soil and sequester upwards of 200 tons of carbon every year. With the looming threat of climate change, this can only be a good thing.

Meanwhile, the solar panels are expected to power the equivalent of 4,000 homes. Organizers hope to complete the flag in 2017.

"The Giant Flag aims for a blend of ecological balance and social stability. One could call this compassionate capitalism," Lieberman said. "If this works, we're looking toward a socioeconomic shift that will change realities in the Camdeboo forever." 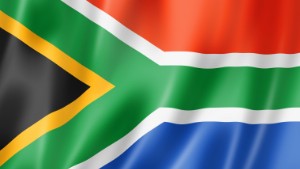 Camdeboo Municipality, with a 40% unemployment rate and a marked racial and economic divide, has one of the worst income disparities in South Africa. The flag project, according to estimates, will create 700 jobs, most of them for women who can work on the botanical components. Local tourism is expected to increase by 20% to 25%.

Jeunesse Parks, a longtime environmentalist and founder of Food and Trees for Africa, has high hopes for the venture.

"With the soil restoration, the carbon offsets, the message around renewable solar energy, as well as the socioeconomic impact this green innovation will have on a rural community, the flag is a truly unique initiative," she said.

So far, funding for the $18 million project has come from sponsorships, partnerships and donations from local governments, private companies, nonprofits and individuals. Organizers say the next step is to leverage crowdsourcing on a large scale, which they hope will raise more than $2 million of the final price.

People from around the world can adopt succulents for $10 each to help build the flag. If all goes well, the adopted plants will live for hundreds of years, forming a green legacy for each donor.

Lieberman sees the Giant Flag as "an opportunity to do something dramatic and wonderful that embodies the spirit of the nation -- beyond the politics and factions."

Indeed, South Africa has gone through great political upheaval and is still trying to find its identity in the post-apartheid era. If the Giant Flag can create a sustainable future, it may well turn into a national symbol.